Portugal is known for its pleasant climate, swoon worthy beaches and dramatic coastline. Its spicy peri peri cuisine and the warmth of its people. Portugal is paradise found.

Beginning in Lisbon, Latin charm, maritime magic and old-world streets are fuelling its renaissance as a top European city break destination. The maze of narrow lanes framed by Art Nouveau buildings are perfect for getting lost in - weary limbs will thank you if you hitch a ride on one of the century-old wooden trams that rumble across the city. The Belém waterfront proudly celebrates Portugal's imperial past and you can't help but marvel at the Moorish heritage, whilst meandering along the Alfama neighbourhood's dusty alleyways and gazing in awe at St George's Castle that looms majestically over the rooftops.

Perched on one of the city's seven hills is Four Seasons Hotel Ritz Lisbon. Spacious suites boast private terraces with sweeping views, gourmands flock in their droves to dine on cataplana and caldeirada at Varanda Restaurant and a superb rooftop spa with an indoor pool, treatment rooms, sauna and fitness centre facilitates restful relaxation. 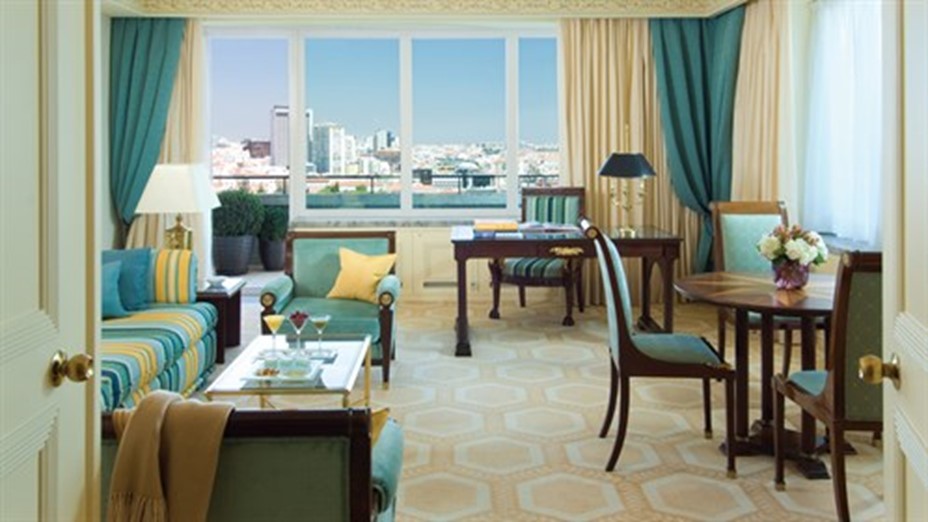 Venture back into the heart of the town to enjoy an ever so moreish pastel de nata from one of the many cafés that line the cobbled streets. After dark, head for the bohemian Bairro Alto to listen to the hauntingly beautiful fado music in one of the quarter's many bars. This is Lisbon life personified. 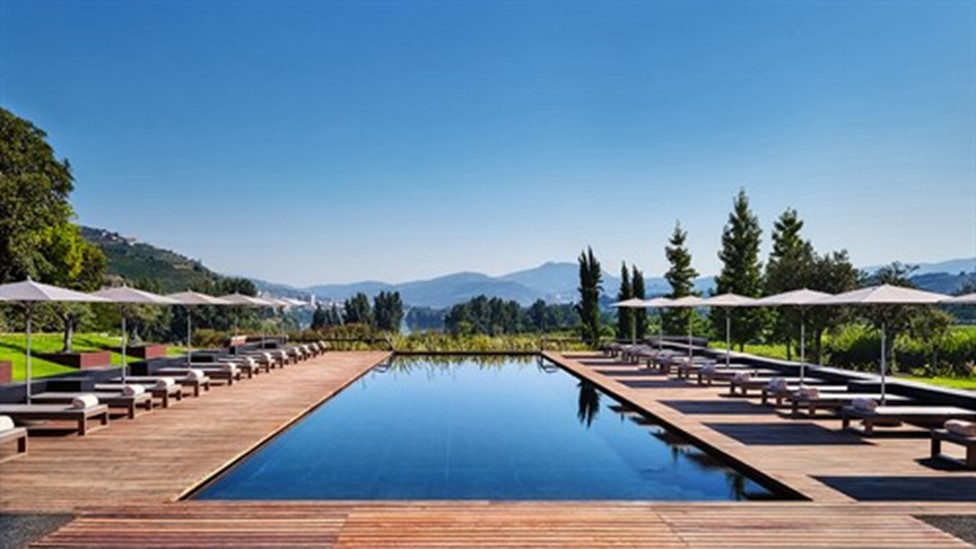 Moving towards Portugal's northern border with Spain and just 90 minutes from its second largest city, Porto, you will find Six Senses' first European resort - Six Senses Douro Valley. Welcoming tourists who yearn for more than just sunshine, and taking advantage of the growth in oenotourism, the resort opened last summer to rapturous acclaim. The hotel invites wine lovers to 'intox, then detox'; exploring all that this wine region has to offer before regenerating in the inimitable Six Senses Spa.

Dubbed the new Tuscany, the undulating hills of the Douro are designated a UNESCO World Heritage site thanks to its legacy as one of the oldest wine regions in the world. Begin with a complimentary session in The Wine Library led by Francisca van Zeller, the hotel's co-director of wine and member of one of the region's most influential winemaking families. Put your new-found knowledge to the test at the Vale de Abraão Restaurant and try out some pairings with local seasonal specialities. For an unforgettable pop-up experience, dine on the banks of the river before heading to the sanctuary of the spa for one of the revitalising signature treatments - try the hot stone and almond oil massage. For yogis, we recommend signing up for an outdoor aerial session - head into the woods to be suspended from the trees by ribbons. 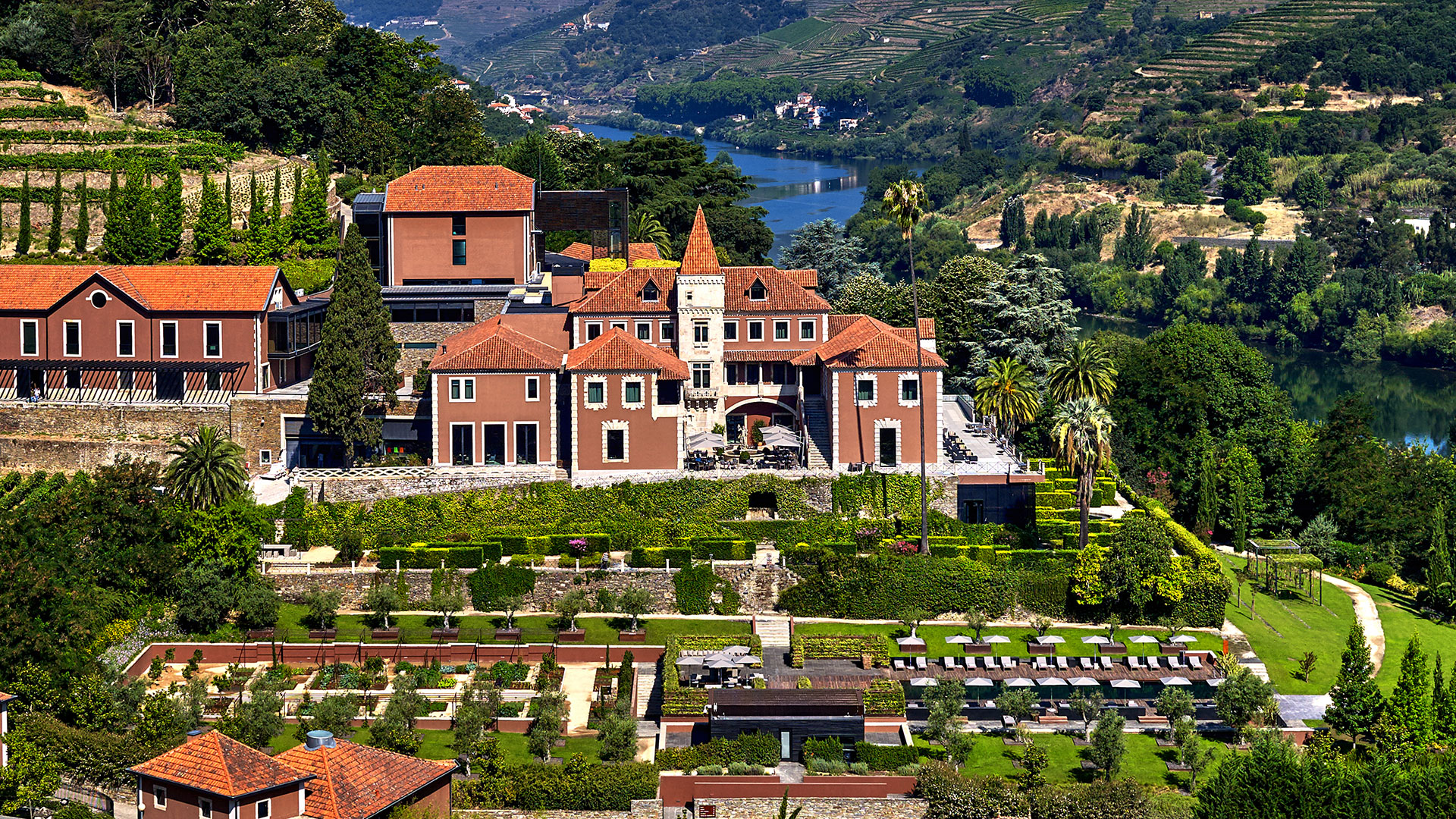 It's true that the Douro is attracting new visitors to Portugal, yet the Algarve indisputably has an enduring charm, thanks in large part to its world-famous (and utterly beguiling) beaches - there are more than 150 of them. So how to choose? Heading to the only beach in the Algarve to be awarded Golden Flag status would be a smart first move. And, perched above it, you will find Pine Cliffs, A Luxury Collection Resort. Already boasting excellent accommodation including the recently refurbished Premium Deluxe Rooms and the popular two to four bedroom Pine Cliffs Terraces, 76 new Ocean Suites have further strengthened the offering at this family-friendly resort. Due to open in July, these ultra-luxe apartments are located on the cliffside next to the property's renowned 9-hole golf course they really do have the wow factor.

Floor-to ceiling windows harness the power of natural light and open out onto private balconies with jaw-dropping ocean views. Marrying modernity with tradition, the interiors have been crafted by British designer Lynne Hunt, who successfully achieves a true sense of place with locally sourced natural stone and bespoke furniture from Lisbon's renowned Carlos Carvalho. Further nods to Portuguese heritage include the use of hand-painted blue and white ornamental tiles - known as azulejo - juxtaposed with contemporary photography of the iconic pines that give the resort its name.

If you can bear to tear yourself away from the cosseted confines of your Ocean Suite, you will soon realise why these accommodations feel like a hotel within a hotel - there's a fine dining Italian restaurant, luxury boutiques and a state-of-the-art spa. At the main resort you'll also find plenty to keep the whole family entertained. If you tire of the six swimming pools, take the lift down to the sands for waterskiing or wakeboarding lessons, kayaking amongst the limestone cliffs or just some high energy fun on a banana boat. If you would prefer your leisure activities to remain on terra firma, the Annabel Croft Tennis Academy and excellent Experience Wellness spa have you covered. 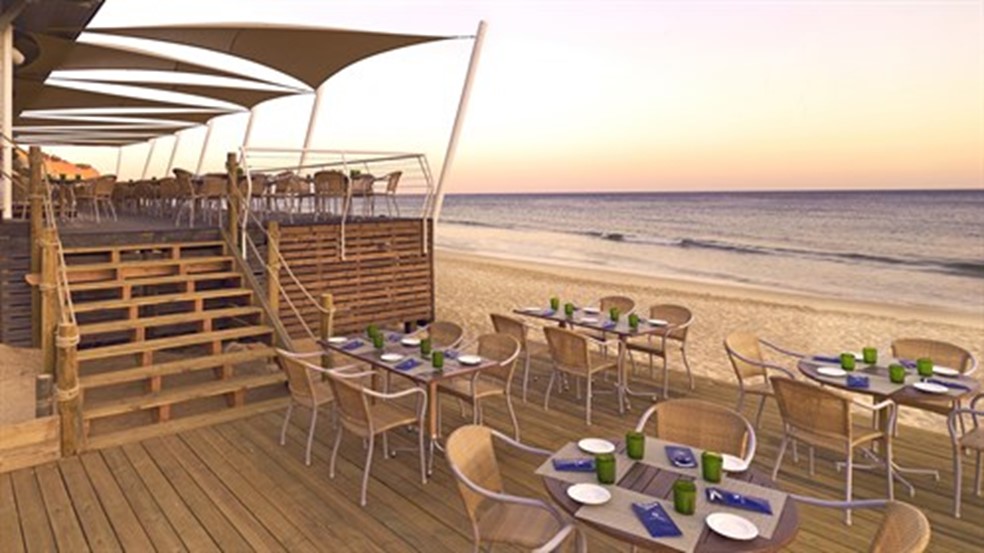 The Algarve in its purest form is found at Vila Vita Parc Resort & Spa. Epitomising the essence of this area, the whitewashed abodes nod towards the region's Moorish history, whilst the pebbled walkways that meander around the resort give it a convivial, village-like ambience. Cool, tiled floors line the interiors that are adorned with traditional furnishings such as silk rugs and clay ceramics - head into the nearby town of Porches to visit the working pottery where this traditional art form is still thriving. The menus at the impressive restaurants are supplied with fresh organically grown produce from the resort's working farm and there's no need to venture out of the hotel in search of fine wines - some of the best vintages can be found in the 1,200 label selection in Cave de Vinhos. Traditional fare can be sampled at Adega restaurant and if you're feeling indulgent, we can heartily recommend Ocean's superb tasting menu - a culinary work of art by chef Hans Neuner, complete with Portuguese wine pairing.

For the alternative Algarve, head west to unspoilt Sagres - known to Portugal's early navigators as 'the end of the world' thanks to its 200 feet high cliffs and shelf-like peninsulas that tumble into the Atlantic. 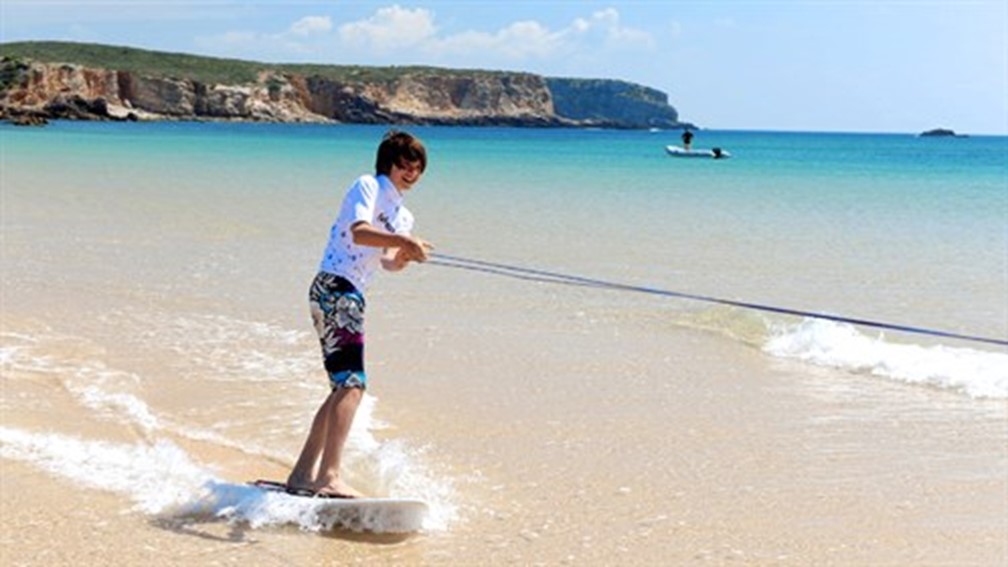 Situated on the powdersoft sands of the Praia do Martinhal, you'll find Martinhal Sagres Beach Family Resort Hotel. Days by the sea are quieter and cooler here than at the sometimes crowded beaches elsewhere in the area, thanks to the refreshing Atlantic breeze. It's this wind that also makes it a haven for watersports - water whizz kids can take to the waves at the Martinhal's surf, windsurf and swim academies before channelling Sagres' laid-back vibe by chilling out in the uber-cool turquoise VW camper van in the M Bar.

Just 350 miles off Morocco's western coast lies the island of Madeira. The Portuguese archipelago is a year-round destination reached in under four hours by plane. And it is definitely deserving of the journey. Thanks to its diverse flora and fauna, the north of the island is designated a UNESCO World Heritage site. Known as the 'floating garden' of the Atlantic, its kaleidoscope of sub-tropical life is best explored from the levadas - a 1,250 mile network of path-lined waterways that criss-cross the island's verdant interior. Its capital, Funchal, houses bustling street markets, botanical gardens and - just one mile away - the grand dame of Madeira hotels, Reid's Palace, A Belmond Hotel, Madeira.

Occupying a prime clifftop spot for over a century; Reid's Palace's ten acres of lush semi-tropical gardens are bursting with hanging vines, hibiscus and geraniums. Elegant and traditional, the hotel has hosted its fair share of historical figures - Winston Churchill wrote much of his memoirs whilst staying here and was reportedly a huge fan of taking Afternoon Tea on the terrace. Tip: reserve your table for this grand affair before you travel to avoid disappointment.